﻿ Even if the IMF forgive the debt, Argentina would still be in crisis - IDESA

Even if the IMF forgive the debt, Argentina would still be in crisis

The Argentine crisis is caused by the public sector’s propensity to mismanage and overspend its revenues. This originates more in the State’s disorder than in exogenous factors. The war in Ukraine is now emerging as a new excuse to go on postponing a comprehensive reorganization of the State. 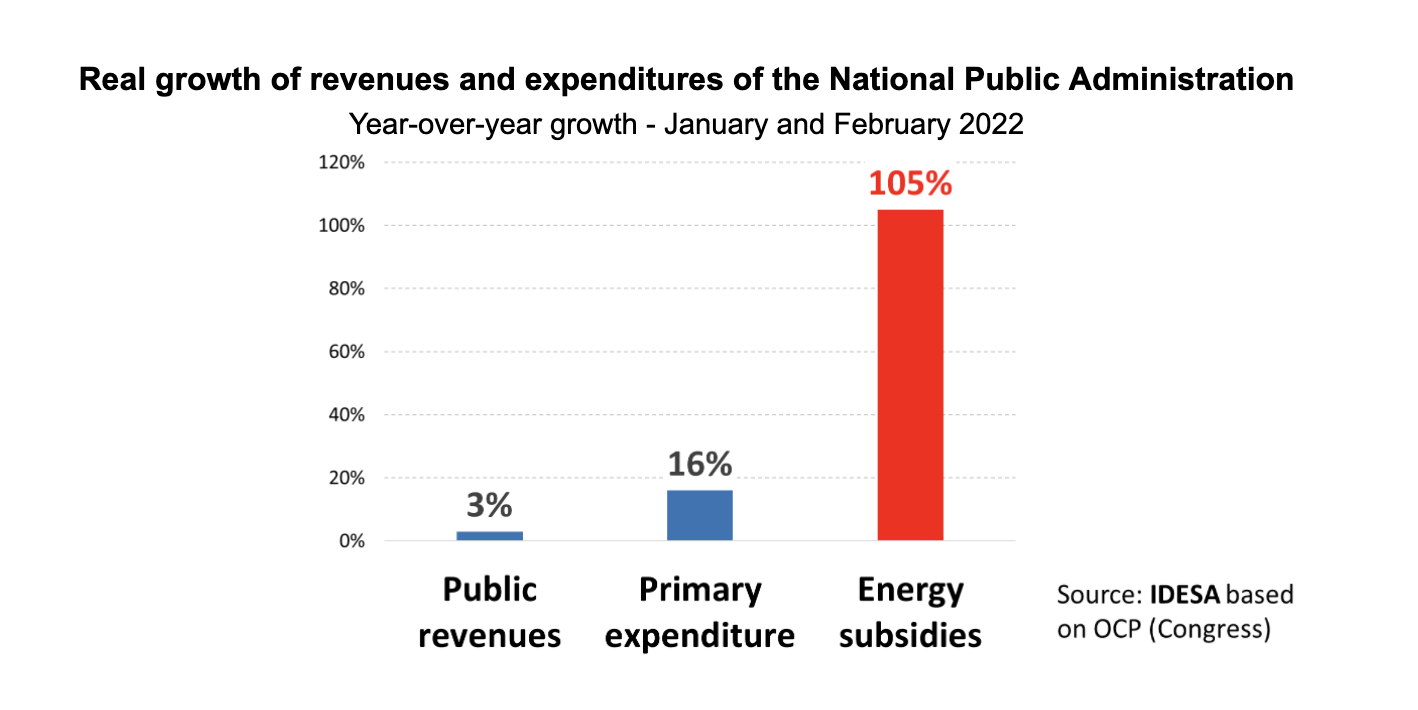 The Congress lower chamber approved the bill presented by the government regarding the agreement with the International Monetary Fund (IMF). The original bill had two articles. The first one was the authorization to the Executive Branch to refinance the debt with the IMF contracted in 2018 and the second was the memorandum of the agreement. The opposition agreed with the governing party to approve only the first article (the authorization of the refinancing) but not the memorandum. Instead, it stipulated that the Executive Branch will implement, in use of its powers, the necessary actions to comply with the goals set forth in the agreement.

In simple terms, the opposition wanted to avoid default with the IMF, but also to avoid getting involved in the policies of the agreement. This attitude can be explained for several reasons, but there is one very controversial one: energy subsidies. The agreement raises a serious inconsistency. It states that energy subsidies will be reduced by 0.6% of GDP, but at the same time it declares that electricity and gas tariffs will be adjusted below inflation.

The question to be asked is what is the situation of economic subsidies. According to the Congressional Budget Office (CBO), the National Public Administration accounts in January-February 2022 show the following trends:

These data show that adjusting electricity and gas tariffs below inflation generates an exponential growth in energy subsidies. The impact of the war in Ukraine will add an additional pressure factor in the future, but the explosive dynamics of energy subsidies are purely a consequence of internal decisions. The opportunistic management of utility tariffs is a policy applied by the previous government –now in opposition– and has been deepened by the current government.

As a consequence of the tariff freeze in 2021, subsidies doubled from $500 billion to $1 trillion per year. Spending on energy subsidies is thus equivalent to twice what the national government allocates to family allowances, similar to the amount required to pay the salaries of all national public employees and equivalent to the budgets of 10 Argentine provinces combined (Jujuy, Formosa, La Rioja, Catamarca, Santiago, San Luis, La Pampa, Río Negro, Chubut, Santa Cruz, and Tierra del Fuego). Faced with these enormous disproportions, it is clearly unsustainable to continue insisting on electricity and gas tariffs’ increases below inflation.

There is a tendency to blame exogenous factors for Argentina’s decline. For example, Covid-19 is blamed for the Argentine crisis when the country was already in crisis before the virus appeared. The importance of the IMF is also exaggerated, ignoring the fact that, if the debt was forgiven instead of being refinanced, Argentina would still be in crisis. Now the war in Ukraine will be used to divert attention from the irrational tariff policy. The counterpart of exaggerating responsibilities to external factors is that the main cause of the decline is avoided: the State malfunctioning. External issues crowd out those that should be addressed internally to overcome Argentina’s chronic problem: the tendency of the State to overspend and provide poor public services.

The invasion of Ukraine will surely be used as a new excuse to justify the failure of energy subsidies. Given the evidence showing that it is impossible to meet the goals agreed with the IMF, there is a risk that under the argument of the Ukrainian war export duties will be raised. This will produce political conflict and, most negatively, will serve to continue avoiding the State’s comprehensive reorganization.