Fiscal imbalance amounts to 6,2% of GDP

In the context of the crisis acceleration, a new renewal of the national cabinet was abruptly announced. The main change is the appointment of a minister of the economy with more political support. However, the success of his administration will depend on whether the leadership will be used to address the fiscal problem. 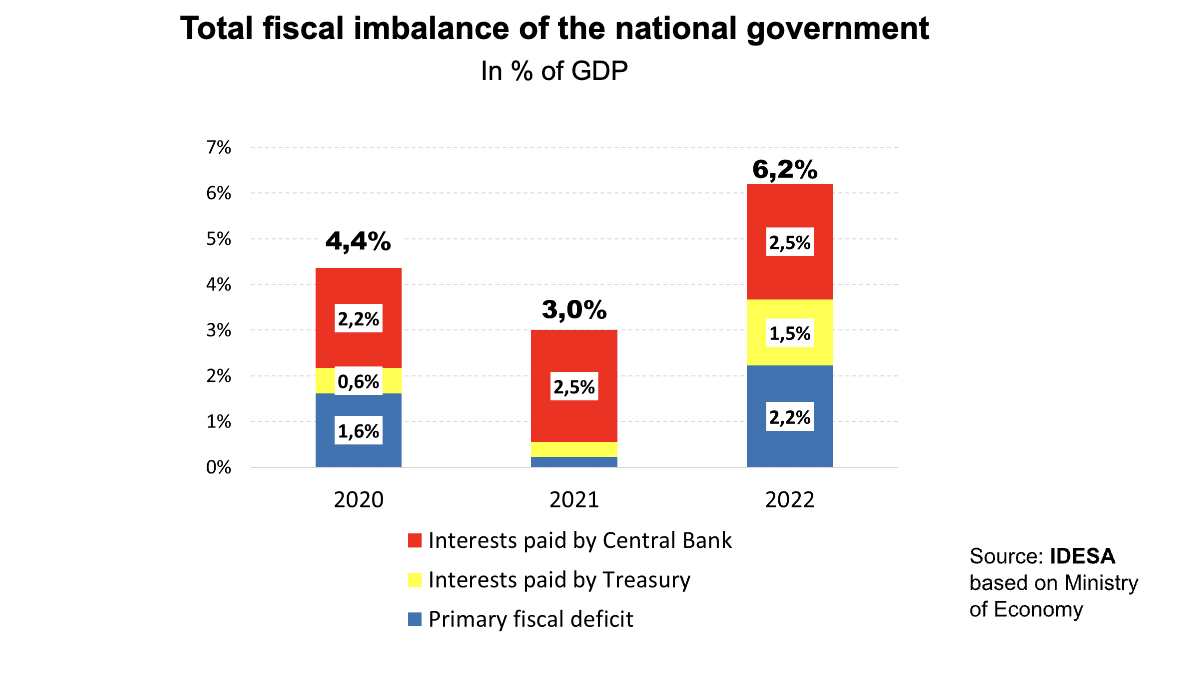 While negotiations with international organizations were taking place and measures were announced to encourage the sale of dollars from soybean exports, a new cabinet change was arranged. In the few days she was in office, the outgoing Minister of Economy emphasized that the main problem was fiscal. According to her view, the current imbalance in the public accounts –in a context of very limited access to credit– leads to excessive monetary issuance which causes high and growing inflation. But, probably because of weak political support, the measures she proposed to reverse the situation were insufficient. This explains why the crisis has accelerated.

It is expected that the new minister will have more political muscle than his predecessor because he is one of the leaders of the ruling coalition. This support is a necessary, but not sufficient, condition to prevent the crisis from accelerating. What is essential is to start from a good diagnosis of the crisis and use political leadership to design and implement the most appropriate strategy. For this reason, it is essential to clarify whether Batakis’ diagnosis, focused on the fiscal situation, was pertinent.

For this purpose, data from the Ministry of Economy and the Central Bank can help. According to these sources in the first half of 2022 it is observed that:

These data show that the fiscal imbalance amounts to 6.2% of GDP. In addition to the excess of expenditures over public revenues and the interest paid by the national Treasury for its debt, there is a huge amount of interest paid by the Central Bank for Leliqs. These instruments are used to absorb the excesses of monetary issuance and, paradoxically, their abusive use leads to feedback monetary printing. It is clear that the former Minister’s diagnosis of the urgent need to reduce the fiscal imbalance is not an exaggeration.

The origin of Argentina’s fiscal deficits dates back several decades. But its current tendency to escalate now demands quick and deep measures that require strong political support. In this respect, the new minister has advantages over his predecessor: he has political strength. But success in reversing the crisis depends on a plan to address the fiscal imbalance and the necessary support within his own government coalition to implement it. This is where doubts prevail rather than optimism.

It is very suggestive that, up to now, Minister Massa has not raised the issue of the fiscal disaster with the clarity and emphasis that Batakis did. It is also indicative that, among the versions of changes, the most destabilizing areas of the public finances (energy, ANSES, state-owned companies) are the least mentioned. On the other hand, rumors about the plan to be announced in the next few days emphasize the exchange rate and monetary policy. These measures increase monetary issuance and, thus, the Central Bank’s imbalance.

The fact that Massa has greater political support than Batakis is an important but not defining difference. If this is used to design and implement a strategy focused on undoing the fiscal disaster, there is a chance of reversing inflationary acceleration. On the contrary, if political leadership is used to try to circumvent the correction of fiscal imbalances through some exchange rate and monetary alchemy, failure is assured.