The war in Ukraine opens opportunities for foreign trade. Although exports grow, reserves are lost because the increase in imports and tourism abroad is greater. The poor organization and mismanagement of the State once again lead to the failure to take advantage of an unprecedentedly favorable international context. 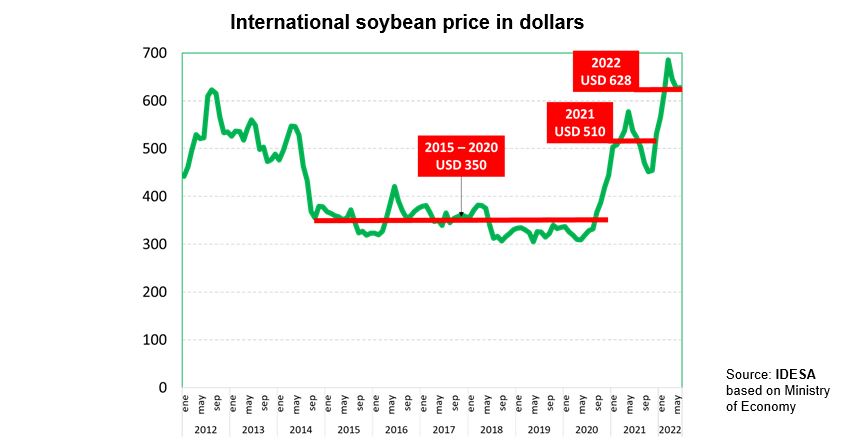 The conflict between Ukraine and Russia has a strong impact on Argentina. On the one hand, thanks to the fact that both Ukraine and Russia are very important world suppliers of agricultural products. In Ukraine, the war causes enormous difficulties in exporting these goods. In the case of Russia, trade sanctions imply less supply in the international market. This benefits Argentina as an exporter of the same agricultural products. On the other hand, Russia is an important energy supplier and, due to the sanctions, there is a shortage. Argentina is a net energy importer.

In simplified terms, the profound and abrupt changes in international trade are generating new opportunities, but also new difficulties. The government’s arguments highlight the losses of foreign currency due to increased energy imports. However, in a more complete evaluation, the positive impacts on agricultural exports must also be considered.

The most illustrative way to measure the opportunities for the country is with the international price of its main export: soybeans. In this sense, according to data from the Ministry of Economy it is observed that:

These data show that the price of the main export is at a record level. It is well above the historical average and similar to the peak reached during the last boom cycle in August 2012. Additionally, in other products with high participation in exports, similar trends are registered. For example, the price of wheat is at USD 380, a level that is the second-highest in recent times and similar to that of February 2008 (the highest was in March of that year at USD 400).

Comparing the first four months of this year with the same period of the previous year, exports increased by USD 4.3 billion, but imports registered an increase of USD 5.4 billion, of which less than half is attributed to the war because they originate in higher energy imports. In addition to this, there was an increase in the negative balance in services in the range of USD 2.3 billion, mainly explained by the higher demand for tourism abroad. The main consequence is that the Central Bank did not add any net dollars to its reserves and had to use part of the disbursement received from the IMF.

The evidence shows that the international context is very favorable. But once again it is being wasted due to the poor organization and mismanagement of the State. The main example is the need to appeal to charge export withholding taxes plus an exchange rate cap in the midst of an international bonanza. Added to this is the shortage of diesel, just at the time of the soybean harvest. There is no foreign currency to import more diesel but public funds are used to promote tourism abroad, which consumes the scarce foreign currency, through subsidies to Aerolineas Argentinas.

The poor management of the State is not an exclusive responsibility of the current government. The distortions that lead to wasting the bonanza are the result of the accumulation of bad public policies that have been in place for a long time. Therefore, the main challenge is to question them and design strategies to put the State in order. This requires a great deal of self-criticism and boldness in order to have better public policies.