﻿ There are many other cases of abuse, such as VIP vaccination - IDESA

There are many other cases of abuse, such as VIP vaccination

Favoritism in access to the vaccine caused a lot of irritation. But it is not an isolated incident. The rule in the public sector is civil servants using power to favor relatives and friends. Still more prominent as an entrenched practice –and one much more harmful to the state– are favors appointing new public employees. 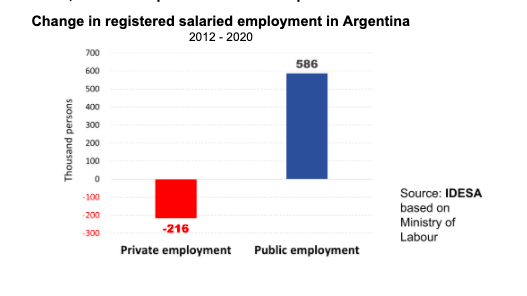 The national Minister of Health was dismissed when it was made public that he had a VIP vaccination room for Covid-19 where he attended relatives and acquaintances. Those who had the consent of the official’s entourage could access the vaccine without an appointment or wait. Given the pressing shortage of vaccines and the population’s difficulties in accessing them, this behavior caused a great deal of irritation, which led to a presidential request for his resignation.

The fact was not made public because of an investigation but because one of the beneficiaries, a well-known investigative journalist, claimed that he had simple and quick access to the vaccine because he was a friend of the minister. The most remarkable feature of the anecdote is the naturalness with which the journalist, who has always sought to identify with the principles of equality before the law, accepted the privileged treatment because he had a personal relationship with the minister.

Beyond the fact that Covid vaccination is a particularly sensitive issue, the question is how natural is the distribution of favors in the public sector. While there is no accurate information available, there are suggestive indicators. For example, taking data from the Ministry of Labour for the years 2012 and 2020, it can be observed that:

These data show that while good jobs are scarce in the private sector, they multiply in the public sector. Given that entry into public employment is not through a competitive basis or rigorous selection methods, it is a clear indication that the same favoritism, as with vaccines, prevails in the public sector’s human resources management. Faced with a shortage of private jobs, civil servants distribute favors by the discretionary appointment of thousands of public posts.

The idea that civil servants have the right to discretionary use of public resources is natural. What is happening with vaccines has been going on for a long time at all three levels of government with the appointment and promotion of public employees. In a context where good private jobs are scarce, the pressure on the civil servants to “generously” appoint friends and acquaintances is huge. As a result, the civil servants’ vision of their service is lost. Instead of working to generate proper conditions for good private jobs creation, energies are focused on friends and acquaintances’ demands. In the case of COVID, instead of mobilizing more vaccines and a more efficient vaccination plan, energies are put to work on vaccinating friends and politicians’ acquaintances.

Favoritism with vaccines is highly sensitive because of the suffering and fears caused by the pandemic. But doing favors by appointing public employees does far more harm to society. In no more than a couple of years, Covid vaccines will be widely available, and access will no longer be a problem. The appointment of civil servants has consequences for decades as they are under a stability scheme. A young civil servant will receive 30 years’ salary, 20 years’ pension, and his or her spouse 10 years’ survivor’s pension. Roughly speaking, a public employee with an average salary (AR$ 70,000) implies a future flow of public expenditure of AR$ 50 million in salaries and pensions that the state undertakes to pay.

The case of vaccines is just one example of a practice that is deeply rooted and accepted, not only by politicians, but also by a large part of society. Claims demand the presence of the state, but later on, the state is put at the service of personal interests.