The central bank must be banned from issuing Leliqs and repos

The mechanism by which the Central Bank covers the fiscal deficit and then absorbs the excess of money issuance with Leliqs and repos is running out of steam. Besides being unsustainable, it is a very regressive use of public funds. To eliminate it, the fiscal deficit must be lowered. To this end, reducing utitility subsidies is key. 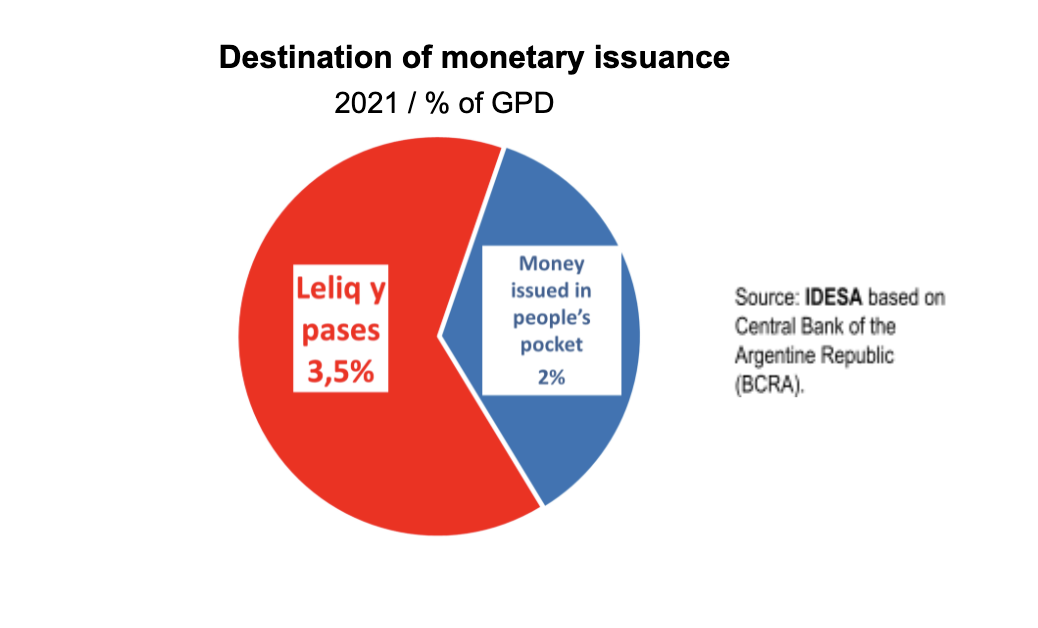 After the defeat in the primary elections, the government declared its willingness to move forward in negotiations with the International Monetary Fund (IMF) to reach an agreement in December. To this end, a delegation from the Ministry of Economy and the Central Bank was working in Washington. At the end of this round of talks, the IMF issued a brief press release.

The communication praises the work and highlights the progress made. But when it goes on to describe them, it only mentions the understanding on the need to improve public finances and address inflation by reducing monetary financing of the fiscal deficit. This is an obvious statement (the fiscal situation is extremely fragile) and generic (it does not even hint at how to address the problem). Perhaps most suggestive is that, within the announcement, there is a reference to “improving monetary policy operations“.

What does the IMF mean by that sentence? There may be many reasons behind it, but surely the most important is the Central Bank’s operations to mitigate monetary issuance. To get an idea of what these operations consist of, it is useful to refer to the Central Bank’s own data. According to this source it is observed that:

These data show that the Central Bank issued a huge mass of money. But only one third of that issuance remained in the hands of the people because the rest was recovered by the Central Bank through the sale of Leliqs and repos to the commercial banks. The intention of not letting all the money issued going into people’s pockets is to prevent it from being used for the purchase of goods and services, thus generating greater inflationary pressures. It also seeks to prevent its use buying dollars in the black market.

For the banks, Leliqs and repos are a very profitable and comfortable business. But for society it is a very inefficient and regressive way of using public funds. That is why it is advisable to prohibit the Central Bank from using this type of tools. In other words, it should be forbidden for the Central Bank to issue interest-bearing debt. Under these conditions, excess money printing would have an immediate impact on inflation. This would be a transparent and direct way to make explicit the consequences of continuing to delay a comprehensive public sector reordering to stop the money printing.

The mechanism of covering fiscal deficits with money issuing and absorbing the excesses with Leliqs and repos is reaching its limit. Continuing to ignore the signs of exhaustion could lead to a critical situation in which a mega-devaluation will reduce the real value of the monetary excesses. That is why it is urgent and a priority to reduce the fiscal deficit. An essential action in this direction is to review utility tariffs in order to reduce subsidies. This is the central issue on which neither the government, nor the opposition, nor the IMF have expressed themselves publicly and explicitly. To be elusive on such a decisive issue is a costly and risky irresponsibility.