The pension system has to be ordered to reverse economic decline

The changes announced on pensions do not resolve the many distortions accumulated in the pension system. Without reforming the pension system, there is no chance of reversing the economic decline since the pension expenditure is the main destabilizer of the public finances. 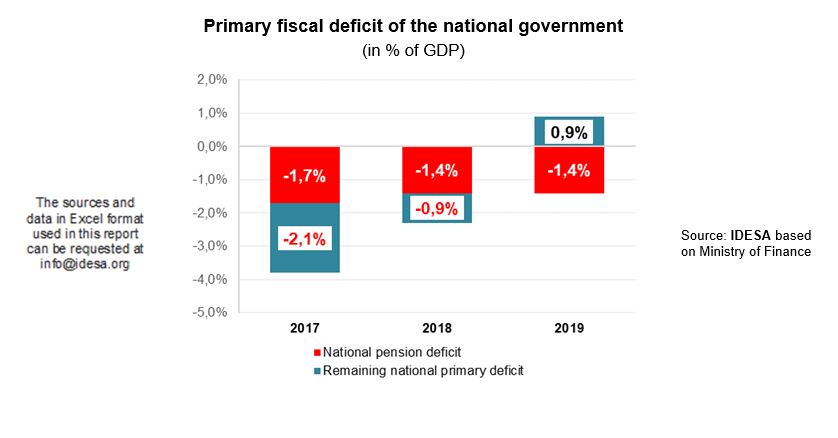 The government made two announcements on pensions. On the one hand, it changed the indexation of pensions. All benefits will be increased by 2.3% plus a fixed amount of AR$1,500. This means that the minimum pension (AR$14,000) will increase between December and March by 13% while the maximum benefit (AR$103,000) will do it by only 3%. For benefits above the maximum –which are granted under special or privileged regimes or by court decisions– the increase will be even lower.

The other announcement is the reform of the special regime for judges. The main changes are: a gradual rise of age of retirement from 60 to 65 for both sexes; the first benefit will be calculated on the salary average of the last 10 years; an increase of contributions; and a reduction in the number of occupations that have access to these special conditions. However, the indexation rule will remain unchanged, continuing to be much more favorable than under the general pension regime.

The alleged objective of these changes is to correct inequities and improve the sustainability of the pension system and public finances. The question that must be addressed is how much these changes contribute to these goals. In this regard, according to data from the Ministry of Finance, it can be seen that

These data show the high incidence that pension expenditure has on the fiscal deficit. The previous government, faced with the failure of its gradualist strategy, embarked on the goal of “zero deficit without affecting the pensions” since 2018. The efforts made to reduce other expenses were significant, nevertheless, they were not enough to compensate the pension deficit. Therefore, even with a high jump in inflation, which made a decisive contribution to reduce public spending in real terms, the “zero deficit” goal could not be met.

This scenario will not be altered by the current government’s change in the indexation rule. Instead of an increase of 11.6%, which would have been the increase under the previous government’s indexation formula, the increase will be just over 9%. Therefore, the savings will be small (approximately 0.02% of GDP). This saving does not take into account the judicial demands that such a meager adjustment may trigger in the future. The reforms to the judges’ special regime are also marginal in terms of their contribution to pension sustainability.

Concerning equity, giving higher increases to the lower pensions and smaller to higher ones is a rudimentary and ineffective way of redistributing income. The reason is that, in many cases, it will be overridden by court rulings, and because many people with low benefits are far from poor and receive double benefits. The reform on the pension scheme for judges has a positive impact on equity. However, it continues to be a privileged regime.

With such partial and limited changes, inflation will continue flattening social security spending in real terms. Avoiding a comprehensive reform has been the rule in past successive governments. This shows that there is no awareness that social security disorder is the main cause of Argentina’s decline. More structural reforms must be addressed. This includes, at a minimum, unifying the retirement ages in all regimes and automatically adjusting them to aging, taking 30 years of wages for the calculation of the initial pension, limiting the duplication of pension benefits and revising the universal pension scheme for older adults without enough contributions.