A large part of the political system adheres to the idea that fiscal balance is not essential because inflation is a multi-causal phenomenon. Without denying the multi-causality, the truth is that –in the case of Argentina– the enormous disorder of the State is the main cause of recurrent inflationary crises. 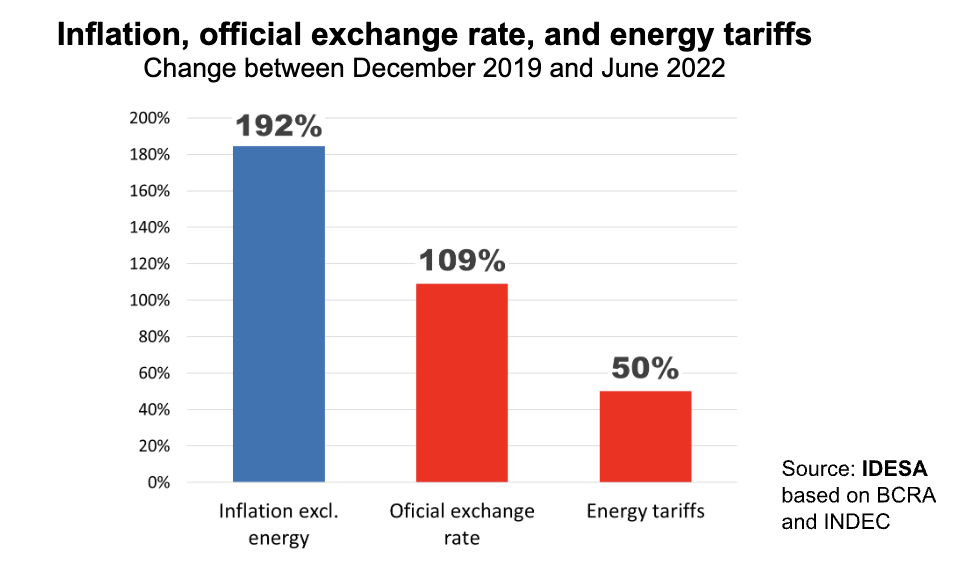 Since the resignation of former Minister Guzmán, the economic crisis has deepened with a strong acceleration of inflation and of the parallel dollar, which went from $238 at the end of June to $338 so far this month. The situation was not generated by the change of Minister but by the accumulation of pressures derived from the policies applied by the former Minister.

Guzmán endorsed and promoted a widely shared idea, especially in the ruling coalition, that inflation is a multi-causal phenomenon. Therefore, it can be controlled without the need to balance public finances. Moreover, he argued that a strategy of fiscal austerity could undermine the economic recovery seen after the confinement of the pandemic. As an alternative, he allowed the application of measures that were noisier than effective, such as price and wage controls and threats to companies. It also allowed others which, in the short term, helped to suppress the growth of the price index, but at the cost of generating deep distortions. These are the control over the exchange rate and the delay in electricity and gas tariff updates.

To have an idea of the magnitude of the inflationary repression derived from the use of these instruments, we can appeal to data from the Central Bank and INDEC. According to these sources, between December 2019 and June 2022 it is observed that:

These data show that while prices are under strong upward pressure, the exchange rate and energy tariffs are used to try to contain such pressure. Inflation was three times higher than the adjustment of the official dollar and four times higher than the update of energy tariffs. The fact that the official dollar grows well below inflation generates losses of reserves because it discourages exports and stimulates imports and purchases abroad. The fact that energy is growing well below inflation forces more monetary emission to cover subsidies and demands official dollars because Argentina imports energy. While in the world consumption is reduced due to the world energy crisis, in Argentina the waste of energy is subsidized.

Such is the level of decomposition that the new Minister had to make it explicit to reduce the fiscal deficit. But the announced measures are insufficient. On the one hand, because of the precarious political sustainability. On the other hand, because their impact will be very limited. The increase in energy tariffs was announced, but the officials in charge say that it will take several months to achieve savings. The update of real estate valuation to increase tax collection will have an impact in the medium term, if it is implemented. Setting quotas to public agencies’ budgets differ expenses, but in the long run, they are expenses made anyway.

Assuming that now comes robust political support for a more aggressive fiscal balance package, such as -for example- the Cambiemos government’s attempt at “zero primary deficit” in 2019, the results will continue to be unsatisfactory. Attacking the fiscal deficit with rudimentary and improvised measures generates more discontent and unpopularity, than solutions. The electoral defeat of Cambiemos demonstrates that this path does not solve the fiscal problem and leads to losing elections.

Instead of repeating the frustrating experience of traditional fiscal adjustments, the crisis must be taken as an opportunity for a comprehensive reorganization of the State. This includes putting the social security system in order, simplifying taxes, tending to fiscal correspondence between the jurisdiction that executes the expenditure and the one that collects the taxes, and eliminating overlapping expenditures between the federal government, provinces, and municipalities.